I recently visited the LA Brea Tar Pits and saw skeletons and reconstructed models of the Dire Wolf that features so prominently in the series “A Song of Ice and Fire” by George R. R. Martin. Dire Wolves really did exist!

There are five books in the series so far, and one more to come, buy them or reserve them at your local library! They are best read in order, and are entitled: Game of Thrones, A Clash of Kings, A Storm of Swords, A Feast for Crows, and A Dance with Dragons. The new one will be called Wind in Winter.

Here are pictures of the artists conception of that wolf. Since the Dire wolves travel in packs, apparently many would attach the much larger animal that was trapped in the “tar” really Asphaltum as we now know it. La Brea Tar Pits are known for its extensive holdings of carnivorans, of which dire wolves (Canis dirus) are the most common large mammals from Rancho La Brea, with about 4,000 fossils found. Some of the older fossils that have been found include a dire wolf and a saber-toothed cat from Pit 91 each dated at 44,000 years old. 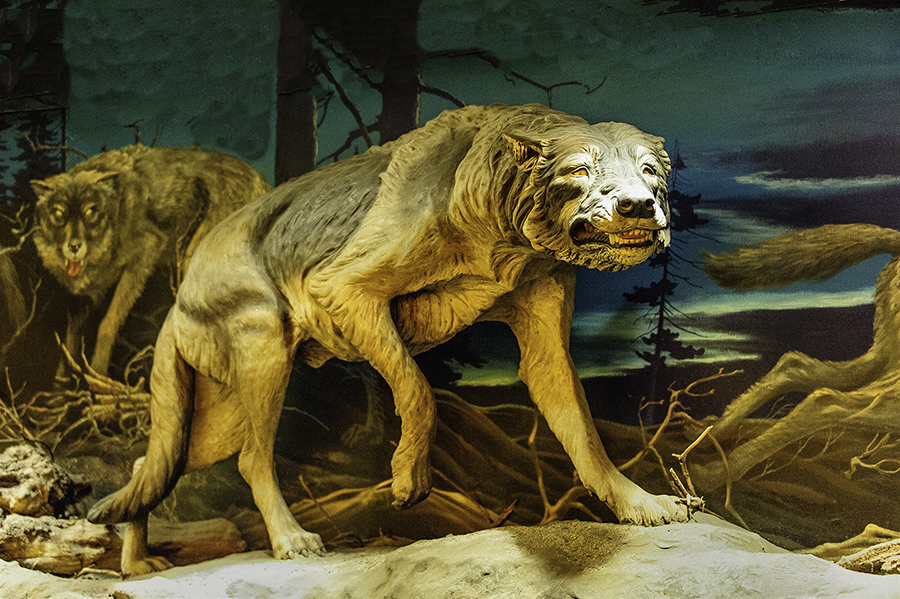 The La Brea Tar Pits (or Rancho La Brea Tar Pits) are a cluster of tar pits around which Hancock Park was formed, in the urban heart of Los Angeles and a very interesting area to visit, be sure to allow time to visit the Page Museum, and review the long history of the area. There are still places in the Park that new tar bubbles up, and sometimes squirrels and birds get caught in the “tar”.


La Brea Tar Pits Page Museum has an entire wall of Dire Wolf skulls on display that have been recovered during excavations of the various pits. 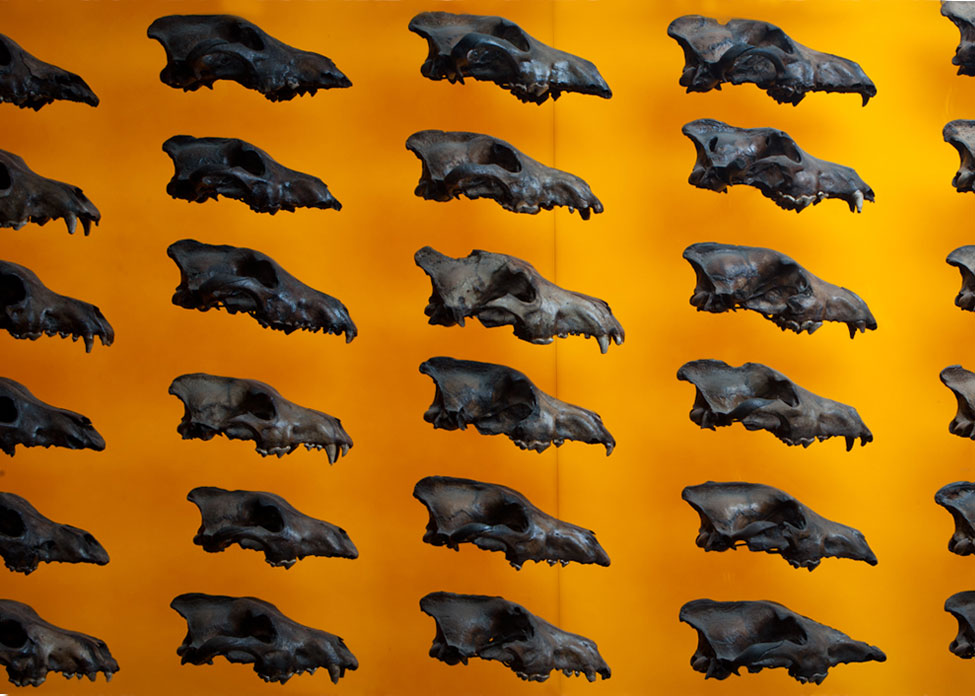