Sylvan Heights Waterfowl Park is designed to give visitors an unforgettable up-close experience with over 1,500 ducks, geese, swans, and other exotic birds from around the world.

Multinational Aviary
Open to the public since October 2006, the 18-acre facility features large, walk- through aviaries displaying birds from South America, North America, Europe, Africa, Asia and Australia. Tranquil gardens and lush natural areas enhance the beauty of the birds on exhibit.
Sylvan Heights Waterfowl Park and Eco-Center in Scotland Neck NC is dedicated to educating people about the importance of conservation and research, focusing on waterfowl and wetland habitats.
The opening of Sylvan Heights Waterfowl Park in 2006 emerged from the legacy of one man—Mike Lubbock, affectionately known to many as the Waterfowl Man.

The moniker is well deserved. Mike Lubbock is considered by many avian biologists to be the most intuitive and prolific waterfowl aviculturalist in the world. From his early work in England at the Wildfowl Trust to his permanent move to America, where he founded Sylvan Heights Waterfowl Center in 1989, Milke Lubbock was single-minded in his mission to unlock the mysteries of breeding birds.

His landmark work resulted in 17 World First Breeding Awards, plus 15 awards for first breedings in North America—an unsurpassed accomplishment. Most importantly, his primary focus in breeding waterfowl is to assure the survival of those species that are disappearing in the wild, and those in peril even in managed collections around the world. Several prominent naturalists claim that without the dedicated efforts of Mike Lubbock and the staff at Sylvan Heights, a number of waterfowl species would already be extinct today. A few of those are shown here today. It is a wonderful place to visit, but next time I visit it will not be in July! 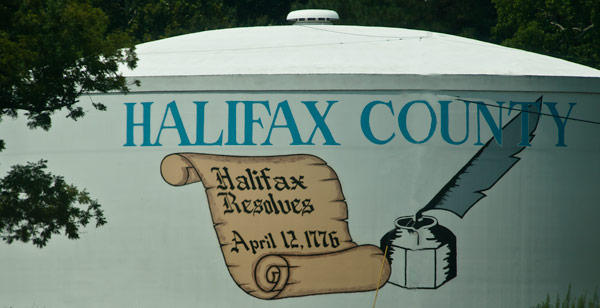 Here is something for all you Revolutionary War Buffs that I discovered on this trip to NC and if I ever knew it in school I have forgotten.

Although the Halifax Resolves permitted the North Carolina delegation to join in a declaration of independence, they stopped short of instructing North Carolina’s delegates to introduce a resolution of independence in Congress. This step was taken by the colony of Virginia the following month, with the adoption of the Lee resolution by the Virginia Convention. Two months later, the Second Continental Congress issued the United States Declaration of Independence.