Have you ever visited Barcelona? A very interesting side trip is to the Mountain–The serrated mountain- Montserrat. The Monastery is sheltered and almost hidden in the rocks. 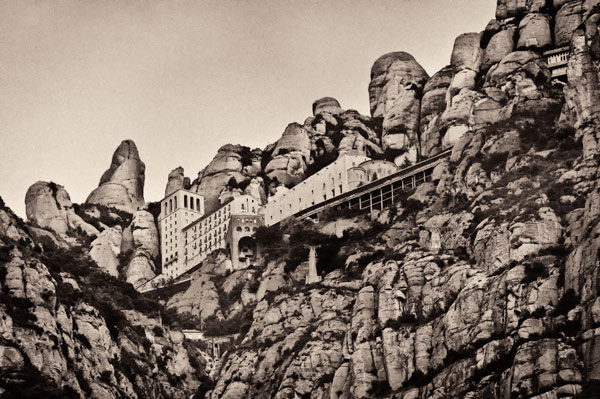 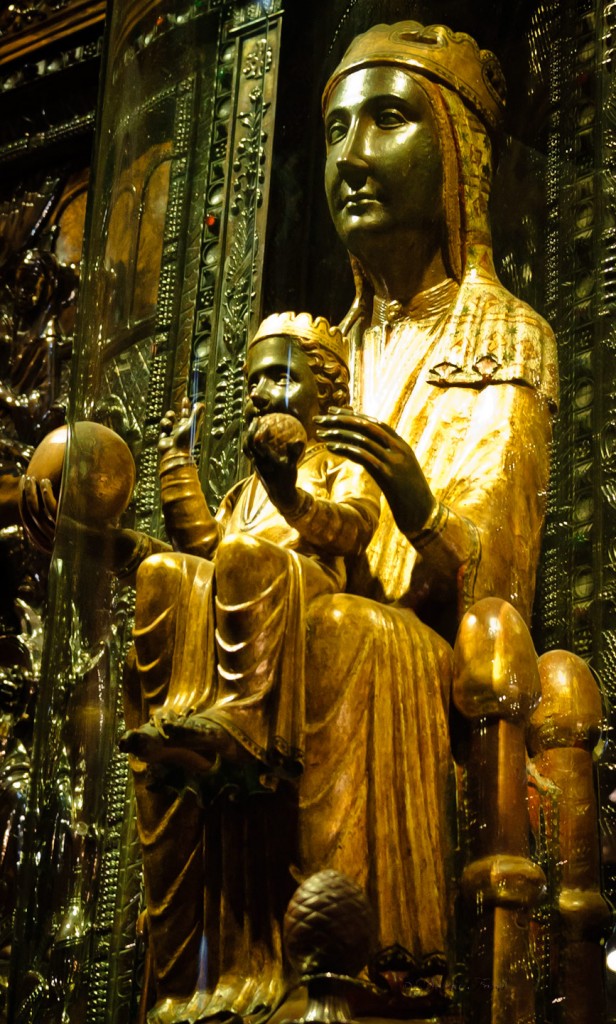 Believed by some to have been carved in Jerusalem in the early days of the Church, it is more likely a Romanesque sculpture in wood from the late 12th century.
The monastery is Catalonia’s most important religious retreat and groups of young people from Barcelona and all over Catalonia make overnight hikes at least once in their lives to watch the sunrise from the heights of Montserrat. 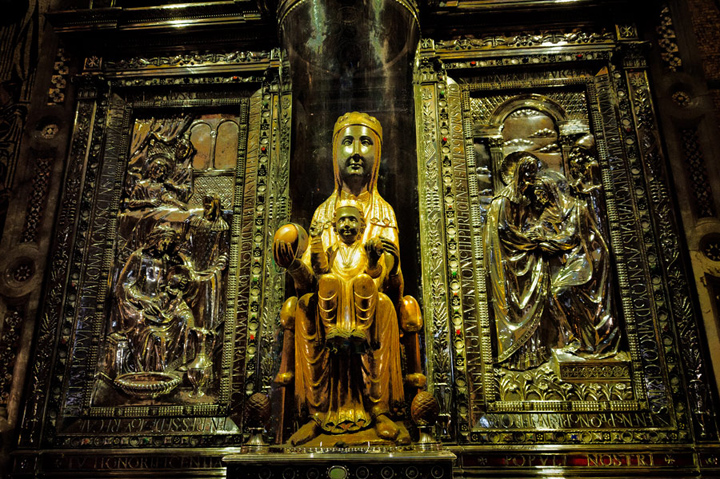 Legend has it that the Benedictine monks could not move the statue to construct their monastery, choosing to instead build around it. The statue’s sanctuary is located at the rear of the chapel, where an altar of gold surrounds the icon, and is now a site of pilgrimage.

Upon his recovery from battle wounds, Ignatius of Loyola visited the Benedictine monastery of Montserrat (March 25, 1522), where he laid down his military accouterments before the image. Then he led a period of asceticism before later founding the Society of Jesus.

On September 11, 1844, Pope Leo XIII declared the virgin of Montserrat patroness of Catalonia (Saint George is another patron saint.) 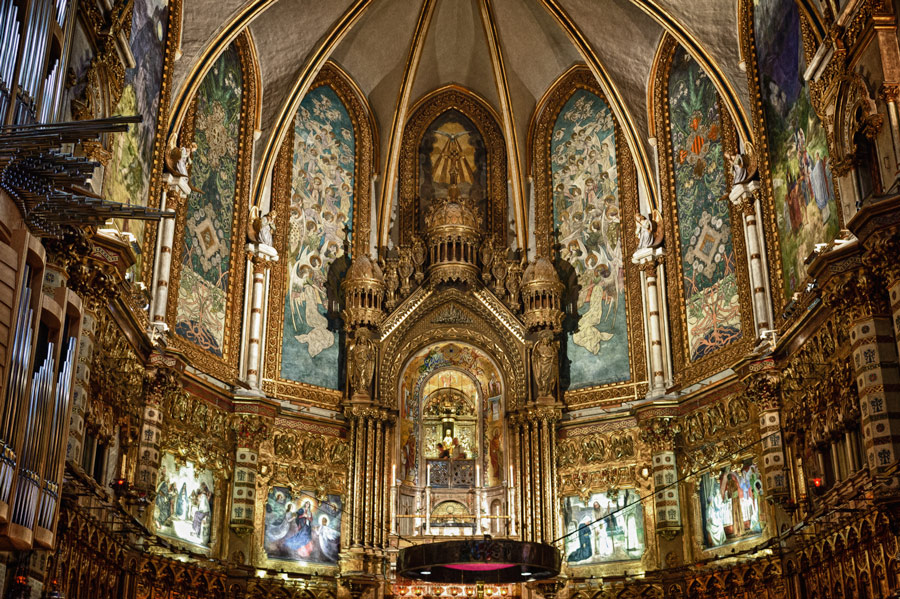 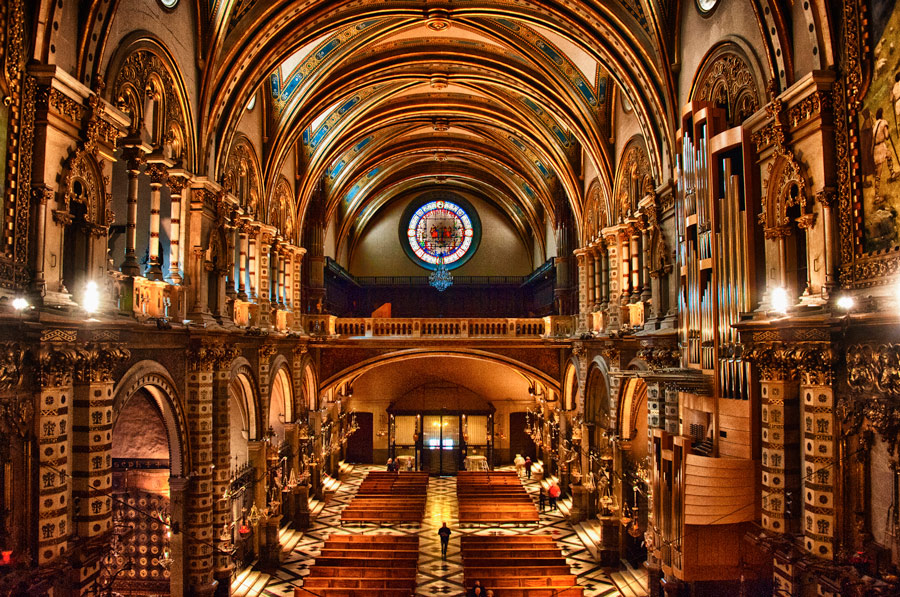