An African Safari is an wonderful experience, and time in Africa involving several safaris is even more amazing. Up at 5:30 every morning and in the trucks for the Game Drive by 6:00 takes some getting used to, but the anticipation of what we will see each day makes the early rising well worth it.

The photos on this page were taken in multiple places; Arusha National Park, Nogoronogoro Caldera and Serengeti National Park all in Tanzania, and Sabi Sands near Kruger National Park in South Africa. The land areas and habitats of the Parks and Caldera are different and there are some differences in the animals one will see, but the wonder at the massive herds, variation in individual species is God’s plan and we can only view in awe.

We easily saw “the Big Five” and I display pictures of them.
“In Africa, the big five game animals are the lion, leopard, rhinoceros (both black and white species), elephant, and Cape buffalo. The term “big five game” (usually capitalized or quoted as “Big Five”) was coined by big-game hunters and refers to the five most difficult animals in Africa to hunt on foot.” https://en.wikipedia.org/wiki/Big_five_game

The photos are all for sale in the size of your choice. 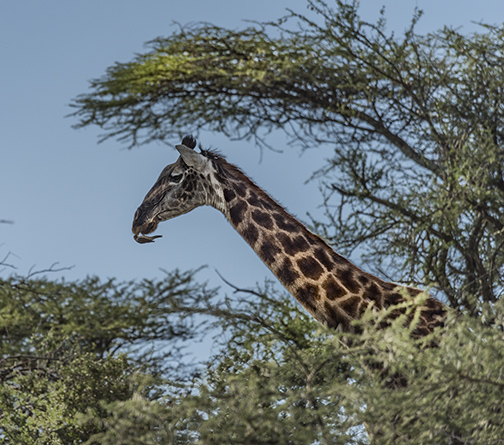