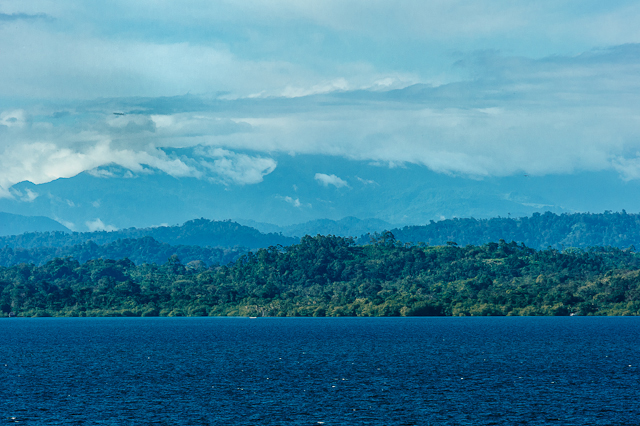 Bocas del Toro is situated on Isla Colon, part of the archipelago that dominates Bocas del Toro Province. The province is located in the northwestern region of Panama, with Costa Rica just west of the border. It’s population of 90 thousand is a diverse ethnic mix consisting of descendents of banana and canal workers from Africa, Columbia, the French Antilles and Jamaica. There are also four indigenous Indian tribes along with a growing expat population from North America and Europe. In the 17th Century, Bocas del Toro was frequented by Spanish fleets and French Huguenot settlers. The 19th Century saw the arrival of black slaves and banana workers. Today, Bocas del Toro remains mostly unspoiled with natural beauty amidst a growing tourist economy. Isla Colon had few roads until recently, but now is filled with rustic wooden B and B’s, smaller hotels, waterfront bards and dive shops. Bocas Town is both rustic and quaint and visitors do not need to travel far to find peace ad solitude in at the nearby rainforests and marshlands. Diving, snorkeling, and fishing around Bocas del Toro are some of the finest in Panama.
As one can see from the pictures many buildings are brightly painted, and the sea and boats are all around.