Rotterdam ship bell–Each HAL ship seems to have a bell, some times it is just hard to find it! 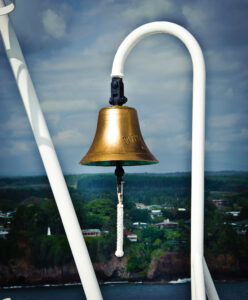 One doesn’t see phone booths very often anymore,
These caught my attention in Hilo,
and they are also “prettier” than most! 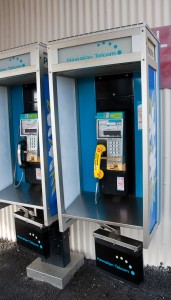 On a recent Cruise on Holland America Line we traveled from San Diego to Hilo Hawaii– our first siting of land! The trip map is featured on the first picture in the gallery


The coastal town of Hilo is the largest settlement on the island of Hawaii and overlooks Hilo Bay. Mauna Loa, considered an active volcano, and Mauna Kea, a dormant volcano, are located nearby. Hilo’s location on the eastern side of the island makes it the wettest city in the United States and one of the wettest cities in the world with an average yearly rainfall of 127.77 inches. Some areas of Hilo have been known to receive more than 200 inches of rainfall!

The Wailuku River rushes through old lava rocks and lava tubes creating a “boiling” effect. The Kaumana Caves are reached by climbing down an almost vertical staircase. These caves were formed by the 1881 eruption of Mauna Loa.

A trek through white sand lagoons filled with a mixture of salt water and artesian well water from below the surface and surrounded by unique lava formations, leads one to a beautiful sheltered lagoon in which to swim.